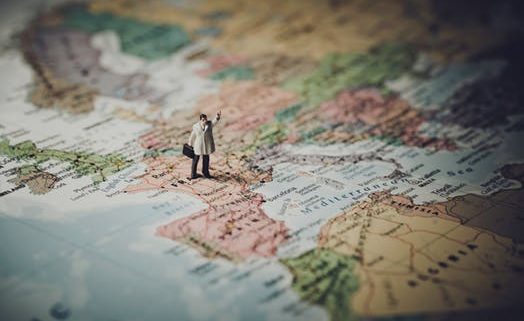 Taking your business global can be a big task and to those that haven’t thought long and hard about it, it can be scary. Mike Carlton, President of Carlton Associates Incorporated, can speak to the scariest parts with his nearly 30 years of experience in International Business. Not only is Carlton a part of NEO IBN’s Board, he has been in the business of helping advertising agencies become more successful in their marketplaces. Below, Carlton discusses a few of what he believes to be the scariest parts of taking your business global, and how to work around these topics in your international business.

“One thing that is scary about Americans communicating with folks overseas is American sports talk.  Americans often lace their conversations with terms like “This is a home run” or “Let’s drop back ten and punt”, or “It’s a Hail Mary”; you know how it goes.  We all use countless terms like these every day and every American knows exactly what we mean.

But what about people around the world who aren’t into American football, baseball or basketball? Many have no clue to what we’re talking about when we use American sports talk, but are too polite to say so. Thus, big misunderstandings that can lead to really scary results.

Another scary thing is time zones.  Half the world is asleep while we’re at work and vice-versa.  Not long ago, a US company lost a big piece of business with a European customer because a junior person in their order department – who had never been out of her home time zone – demanded an answer to a question during her afternoon here, not realizing that the European customer had already gone home for the day. When she didn’t get an immediate answer, she sent a nasty note which ultimately caused the customer to cancel the order. Time zones sound simple, but they can cause all kinds of horror stories.

A company does not need to be big to go global. A small independent advertising agency developed a computer system that could make its business run more effectively. And it provided them with a big competitive advantage, it was great.  But one big problem, the agency spent way too much on creating the system – much more than could be justified in their own operations. The big question was how the agency could recoup some of the development costs.

So, they began marketing their system to small independent advertising agencies around the globe.  And before long, they had recouped their investment in the system and had a lot of fun doing it.”